It's been a year since Beto O'Rourke shook up Texas by running against Republican incumbent Ted Cruz, and now a similar race has launched here in Kentucky. 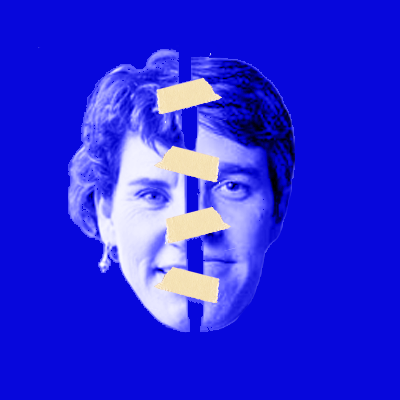 Almost a year ago, Democrat Beto O’Rourke launched a thrilling Senate campaign against Republican incumbent Ted Cruz, who has held the seat since 2013 and even ran for President in 2016. I was really excited. The midterms brought the fruition of the anger that propelled me to march for gun control and rally on the anniversary of the women’s march.
Unfortunately, at the end of this contentious race, Cruz won by a slim margin. And though O’Rourke lost, his campaign was a part of a greater movement to take down powerful Republicans in red states.
This is why I was again excited when Amy Mcgrath announced in July her campaign for the Kentucky Senate seat. Something that would challenge Senate Majority Leader Mitch McConnell and his long, notorious congressional tenure. It appeared as if another O’Rourke campaign was coming and it was happening in my own state.
However, it’s been nearly four months since McGrath launched her campaign and she can’t seem to gain as much national momentum as O’Rourke did. This made me question how alike they really are — could Amy McGrath actually be the next Beto O’Rourke? So I looked into it.
McGrath has not held public office before. Instead, her claim to fame was being the first woman to fly an F/A-18 in combat. Whereas O’Rourke had held public office before as a member of the US House of Representatives and as an El Paso city councilor before that. His constituents had an idea of what his Senate office would look like.
Although Kentuckians can’t look at an official track record, they can look at her previous 2018 campaign in Kentucky’s sixth congressional district, around Lexington and Frankfort. McGrath did win 47.8% of the votes but was defeated by Republican incumbent Andy Barr.
But looking at her past can sometimes be dicey since she hasn’t really been very firm in her stances. For example, her opinion flipped back and forth concerning whether or not she would have voted to confirm Supreme Court Justice Brett Kavanaugh, whose confirmation stirred up great controversy after allegations of sexual assault. In contrast, O’Rourke, for lack of a better word, was consistent. It was easy to predict what his position on an issue would be. He was very vocal and steady about his opinions, especially on social media.
Also, when O’Rourke was at the point McGrath is in her campaign, he was starting a 34-day road trip across Texas. McGrath, according to her Facebook page, isn’t (yet) planning a grand tour of every corner of our commonwealth, but, this might be a strategic move on her part.
Instead of heavily campaigning to the more liberal crowds that mainly live in urban areas like Louisville, which would vote in previous elections for the Democratic ticket, she has taken a greater focus to target the deeper red parts of Kentucky. Rather than convincing voters that she herself is a better candidate, she argues that she would get less in the way of President Trump’s agenda than McConnell.
This may be a reason why her campaign hasn’t yet gone as viral as O’Rourke’s. She’s not directly targeting the people who would necessarily post about or follow her campaign on social media.
I think this is something McGrath desperately needs. There hasn’t been much stirring about her in my realm of politically-active high schoolers other than a mention every once in a while. This reflects how much our parents talk about her and that goes into how much attention she receives in the media. Granted, the election isn’t for a few days short of another full year.
All in all, she needs an audience to energize her campaign enough to take down McConnell. She needs the support of Democrats, in addition to the support she hopes for with Trump supports, to prove she’s a legit candidate and can win next November.