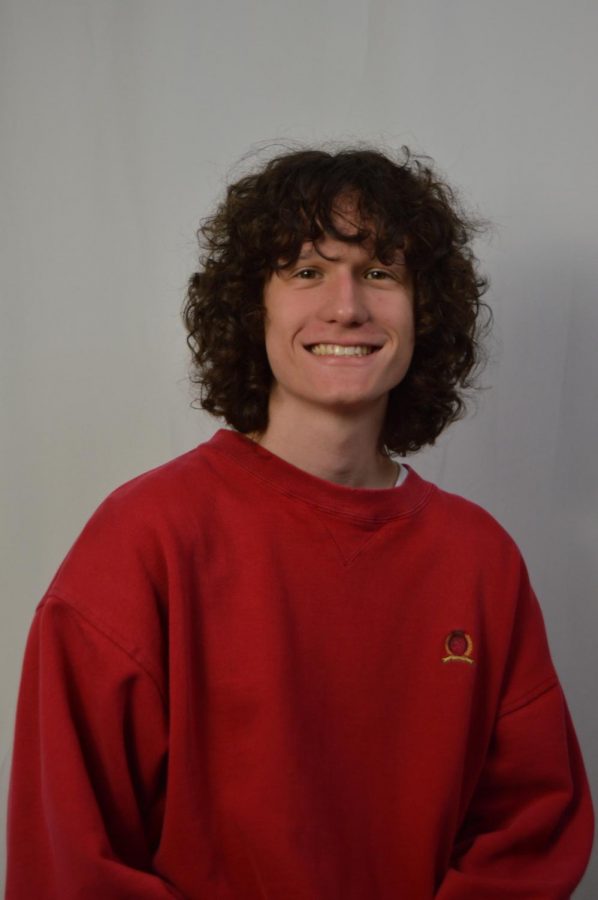 Noah Keckler is the Digital Assignment Editor for On The Record. He hopes to increase the web and social media content produced by On The Record and grow our online outreach. When he’s not making videos, he can be found hanging out with friends or playing ice hockey.

Mini Trees, also known as artist Lexi Vega, is an indie rock singer from LA. She has released only a handful of tracks, including two singles and her debut EP, “Steady Me” in 2019. While it was hard to choose which of her songs was my favorite, I finally settled on “Dust”, the opening song on her EP. The meticulously crafted lyrics that accompany a steady drum beat make this track a perfect choice to play on a road trip.

Postcard Boy is one of the many projects taken on by 19-year-old Garrett Seamans. Recording many of his songs in his own dorm, Postcard Boy has found the secret to evoking nostalgia in his listeners. Leading the way in the ever growing “Bedroom Pop” scene, Postcard Boy has collected over 146,000 monthly listeners in a little over 2 years. Postcard Boy has been the soundtrack to the past year of my life, reaching a whopping 80 hours of play time just from me alone.

Billy La Signy, an 18-year-old from New Zealand, is probably one of the most underground artists that I have on this list. Releasing his debut album “Caché” in the summer of 2019, Billy has quickly grown to establish his own sound in the indie scene. Upon the release of this album, my heart dropped when I saw that Postcard Boy was featured on one of the tracks. Hearing Billy’s driving beat accompanied by both of their vocals brought me to tears. This song is definitely worth a listen not only for the song, but also for the genius lyrics that accompany it.

DENTON, also known as the musical duo Nick and Austin Green, is from the suburbs of Chicago. Before creating DENTON, Nick and friend Gabe formed a band known as Second Grade. After only releasing one song that totaled nearly 39,000 listens on Spotify, the two decided to abandon the project. Over the past year, I have been lucky enough to get to know and work with Nick and Austin on creating some promotional content for their debut album “Sucker.” After a long debate with myself on which song was my favorite, I finally landed on the third track off the album, “You”, because of its beautiful ending. Check out all of the content I have created for them on their instagram, @imdenton.

With only 5 tracks released on streaming platforms, Nashville artist Tommy Abrey definitely lives up to the saying “quality over quantity.” Releasing his debut EP “Calvin Cowboy” in 2019, Tommy has blessed the ears of listeners with his storytelling, accompanied by the graceful production of friend Luke Prost. Both Tommy and Huron John attend Belmont University, and teamed up to create a synthpop hit about their experiences with online dating. Although the future of his music is unknown, I’m sure that whenever it may be released it will definitely be worth a listen.

BROCKHAMPTON, the 13 member boyband from San Marcos, Texas has been one of the fastest growing musical acts over the past 5 years. Known for their ingenious blend of trap beats, rap vocals and emotional harmonies, BROCKHAMPTON has firmly established a foothold in industry. “TONYA” is the 14th track off their album “iridescence,” the first album after member Ameer Vann left the group in 2018. Although the album has been noted by fans as “the worst that they have released,” I like to find the light in between the cracks. The emotional piano accompanied by Bearface’s stinging vocals make TONYA one of my favorite tracks that the group has created.

“La Girl” by the booyah! kids

The booyah! Kids, from New York, are the perfect example of a blend between indie rock and synthpop. Their debut album, “bedroom headroom” in 2018 followed by their sophomore album “Booyah” in 2019, have brought in about 108,000 monthly listeners. Being one of my more recent finds, I like to listen through their whole album multiple times to fully decide which songs are my favorite. Although it was tough, I’ve decided that the synth riff at the end of “La Girl” was just too good to pass up. Be on the lookout for this band in the future.