Gefen Yussman, a designer for On The Record, shares her favorite songs to jam out to. 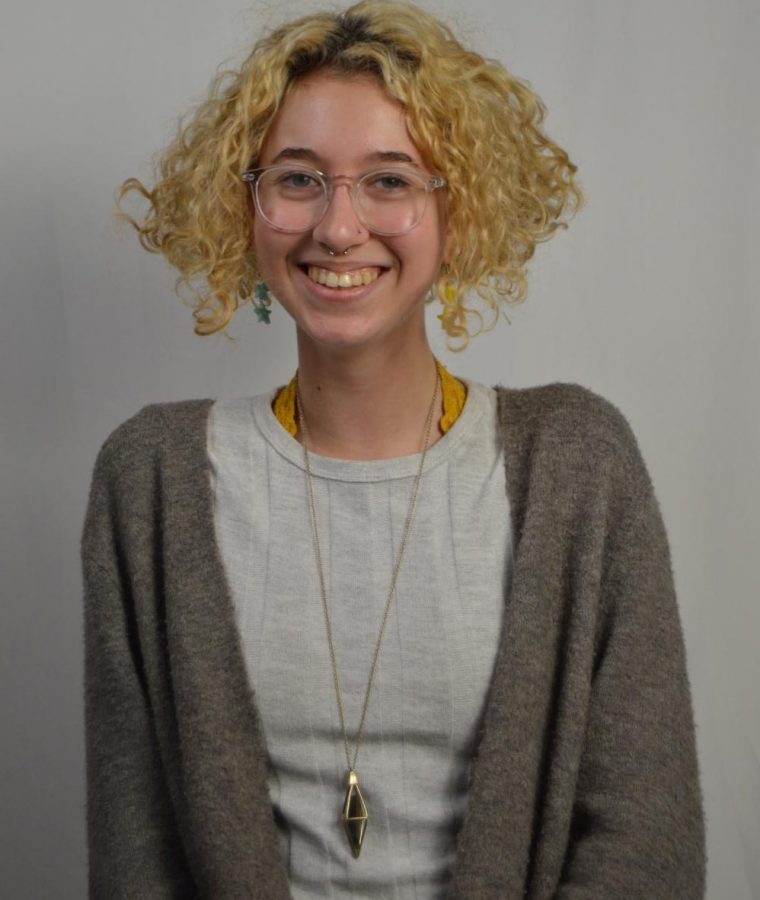 Gefen Yussman is a junior designer for On the Record. She enjoys creating flat design characters of her friends and redesigning logos. In her free time, you will find her shopping at Goodwill, in an escape room, or eating at Noodles and Company! She plans to continue graphic design throughout college and beyond.

It’s Music Monday time! I seem to enjoy any song that my 12 year old sister would make fun of me for, honestly. Those songs range from being obnoxiously loud with no real meaning, to songs with powerful emotions poured into the lyrics. So, let’s start!

“Girl Anachronism” by The Dresden Dolls

This is one of those songs that you listen to when you’re in a high energy mood. It’s all about pressure and critiques from others shaping you into the person you are now. I love the mix between irony/ sarcasm with genuine lyrics throughout the sporadic piano playing. It’s truly one of the most unique sounding songs I’ve ever heard! It’s definitely not for everyone, but I recommend giving it a listen!

Something about WILLOW is just so captivating to me. I have not heard a single song from her that has not been the perfect blend of beautiful lyrics and comforting beats/ sound (everything I want in a song). And she was only 15 years old when she wrote this album! This song is all about her acknowledging that she does not know everything in the world, but she isn’t letting that stop her from teaching what she does know. She makes it a point to teach that there is always room to grow.

“Before the World Was Big” by Girlpool

This song is all about growing up and transitioning into a new world as you get older. The raw vocals give off a sense of innocence, which is so different from any other song. Definitely give it a listen when you’re feeling nostalgic.

“A Year and A Day” by Beastie Boys

This is the only song performed by one member in their group, Adam Yauch (or MCA), in their album, Paul’s Boutique. He actually built his own recording studio with an old helmet and attached a microphone inside. He uses this song to explore himself and his spirituality, which later became an extremely important aspect in his life. Beastie Boys piled up samples from “When the Levee Breaks” by Led Zeppelin and “Ebony Jam” by Tower of Power and many more, which you can hear in the beat. I love that you can still hear the passion in MCA’s voice even though at some points it’s drowned out by the music.

“I Don’t Wanna Be Funny Anymore” by Lucy Dacus

“I Want Wind to Blow” by The Microphones

This indie folk song starts off The Microphones’ album, The Glow, Pt. 2, released in 2001. It is all about yearning for something different and new in life. The lyrics were written to connect emotions to the changing weather, which is so unique. And you can feel the powerful emotions just from the volume of the instruments at the start of the song. Right now especially, I’m sure we all want the wind to blow and take us as far away as we can get from our homes.