It’s Our Turn To Lead.

Youth voices have always been important; but, they're needed now more than ever. 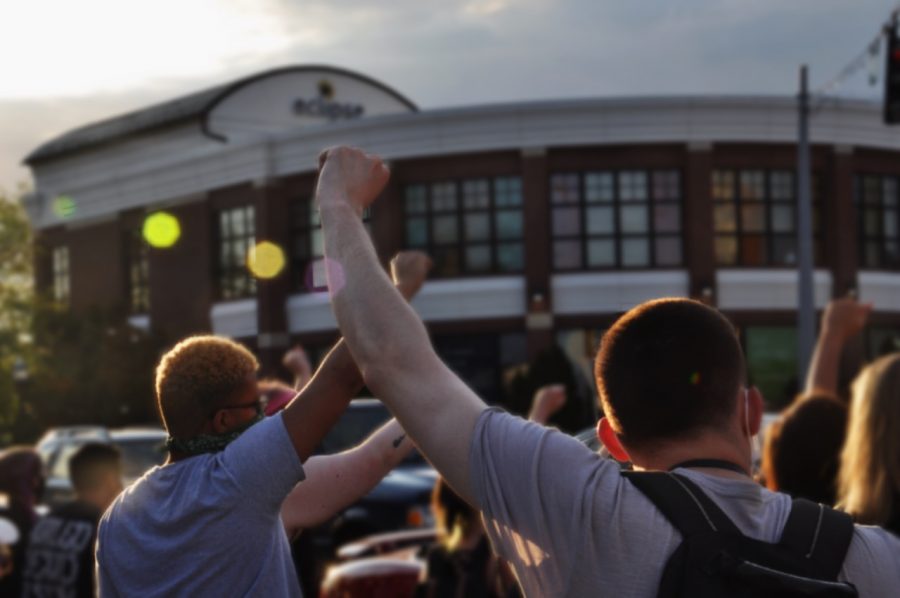 Youth protesters raise signs and fists in a protest calling for justice for Breonna Taylor, who was fatally shot by police in her home in March.

If you’re anything like me (and you probably are, if you’re reading OTR content), you’ve been watching the news closely these last few weeks.

Since the COVID-19 outbreak began, I’ve been scrolling through the news nearly nonstop. In early May, it started getting tedious – all the news sounded the same and everything started blurring together. But at the end of the month, the pendulum swung back. The police shooting of Breonna Taylor ignited a movement in my city –– one for justice for all black people unfairly killed by police. As Black Lives Matter protests happened in my very own city night after night, I once again couldn’t stop watching the news.

But after a little while, even that news became hard to watch. Even though seeing people exercise their freedoms and call for very necessary changes is great, it gets discouraging to come face to face with society’s fundamental flaws. I signed every petition, I donated to several bail funds, I attended a protest –– even still, I didn’t feel like I was doing enough. I came close to deleting my news apps so I wouldn’t mindlessly scroll through them and feel discouraged all the time, until I read a story about two students ––  fourteen-year-olds ––  who organized a protest in my own city.

Up until then, I’d only associated adults with these protests. Occasionally, I’d see my friends post about going downtown to protest, but youth involvement wasn’t the first thing that came to mind when I thought about the movement. But that article made me think. Youth are the ones flooding social media with information and calls to action. Youth are the ones creating fundraisers contributing to BLM organizations. Youth are the ones holding ourselves and previous generations accountable for our actions. With these realizations in mind, I did more research.

In Nashville, six 14 through 16 year olds led a march through the Parthenon with tens of thousands of protesters. In Chicago, two 19-year-olds led marches through their neighborhood into downtown Chicago. In Annapolis, two high school students led similar movements at their school. These youth aren’t alone, either – all across the country, youth are stepping up to lead protests against injustice and police brutality.

In a dark and discouraging time, seeing youth finally take on issues that have been largely ignored by previous generations is incredibly inspiring.

And it’s not the first time youth stepped up to lead.

The March for Our Lives movement was led entirely by students. All around the country, hundreds of thousands of teenagers flooded the streets and demanded gun control action from legislators.

Greta Thunberg, along with millions of students worldwide, is leading the conversation on climate change. Organizations such as the national Sunrise Movement and local Kentucky Youth Climate Strike were founded by youth calling for climate change action.

Malala Yousafzai won a Nobel Prize at age 17 for her work helping women receive an education. Today, she runs the Malala Fund, allowing 130 million girls around the world to go to school, despite their impoverished, war-stricken circumstances.

As a student journalist, I’ve always believed youth can accomplish anything we put our minds to. Now more than ever, it’s our turn to lead. For those of us who can vote, our time to lead is here. And for those of us who can’t, our time is coming. Regardless, we must continue to take to the streets and to social media so that our voices are heard loud and clear. It’s our turn to show the world that if no one else will step up to fight for justice, we will.