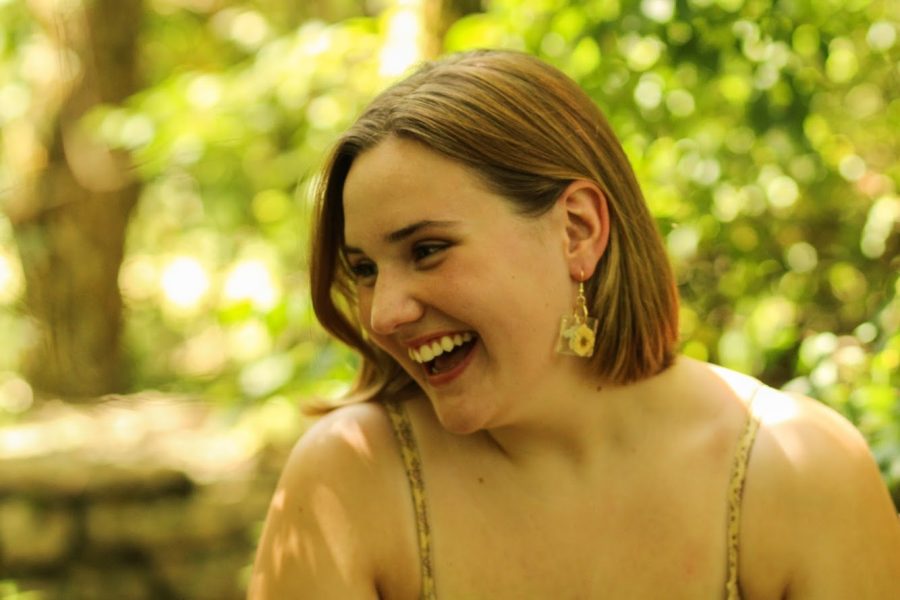 Hi! My name is Annie Whaley and I’m the Associate Editor on OTR. Ahh, it’s so crazy to say I’m a senior I don’t feel like one at all. My music taste is… all over the place. From feel good 60s songs to dance-in-your-car indie pop, I love it all. I’ll even throw in the 2005 Pride and Prejudice album in there if I’m feeling sad. I’m excited to have someone other than my mom to show my music taste to! I hope I can put you onto a good artist or two 🙂

This song embodies the 2000s rom coms I absolutely devoured as a kid (they’re still my guilty pleasure…) It’s the perfect dancing in your room at 2 a.m. song. Even if you think you haven’t heard the words before, I promise you’ll probably subconsciously know it.

This song is a 10/10. Peach Pit is probably my favorite band, which made choosing which song to put on this playlist was excruciating. When I think of this song I think of dancing with my friends at a park watching the sunrise. It’s about that bittersweet spot between being a kid and an adult. It has a baseline sent straight from the gods. Definitely give this song a listen if you need to brighten up your mood.

This song will always be a sweetspot for me because it was the first Still Woozy song I’ve ever heard and I swear he hasn’t released a bad one. Ever. It reminds me of walking home from school freshman year and the feeling of wind blowing through my hair. If you need a moment to just relax and unwind give this a listen. Also, I recommend watching the leaves blow in the wind to this song. 11/10.

This song is the ULTIMATE summer driving song. Again the 70s inspired baseline is addicting and will live in your head days after you’ve heard it for the first time. I imagine myself in a neon covered rollerrink when this song is playing. So put on your favorite flare jeans and enjoy 🙂

My Girl- The Temptations

This song feels like spinning in the sun. I honestly don’t know how else to describe it. It was released in 1965 and is definitely the first song I’d play the second I got a record player. It’s a great classic that makes an appearance on my “Opening credits of an A24 movie” Spotify playlist.

I will quite literally pay you to listen to this song. It makes me want to be in a music video biking around a beach town. It sounds like summer and ice cream cones and having a crush. It doesn’t help that the singer is absolutely adorable. If you’re wanting a summer movie montage feeling give this song a listen, I promise you won’t be disappointed.

For fans of Maggie Rogers or Taylor Swifts new fold album, let me introduce you to your new favorite artist Billie Marten. Her music makes me feel like I’m living out all my cottagecore dreams. Her simple melodies and hauntingly beautiful harmonies will leave you feeling relaxed and introspective. If you’re feeling anxious, just pop on her album “Feeding Seahorses By Hand” on Spotify, I promise there isn’t a bad song.

I Saw You in a Dream- The Japanese House

Underrated is the first thing I’d use to describe this song. The second is how this song sounds like the closest thing to a dream (title pun intended). This is one of my comfort songs that I could listen to forever. The Japanese House is the king of beautiful lyrics and intricate sound mixing.

I am still manifesting for this song to become famous because it deserves a grammy. If you’re a fan of Wallows, Dayglow, or Declan Mckenna, this song is for you! Warning: This song might actually make you want to drop everything and buy a one way plane ticket to Paris and fall in love and ride motorscooters and eat croissants. Is that a bad thing? No!