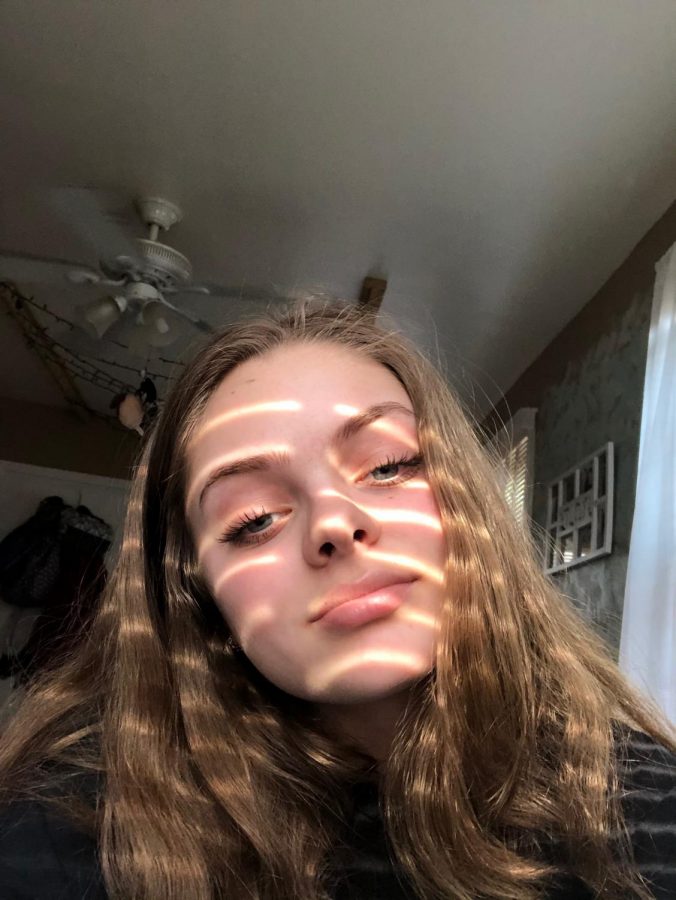 Hi. My name is Gracie Cummings, and I am a writer for On the Record. I am super excited to be doing this week’s Music Monday! I’m a huge music lover, so narrowing my selection down was a very emotional task. I love all genres of music, but there is one artist who reigns supreme: MR. HARRY STYLES. Personally I judge all music based on how good it is in comparison to Harry. Obviously, none can compare. So, for your convenience, I will be rating the following song choices on a “Harry Heads” scale. One “Harry Head” is so good I would buy the album as soon as it is released, and five “Harry Heads” is so amazing I’d wait outside in the pouring rain just to get a glimpse of the artist.

Ever since I was little, my mom has always loved Justin. She listened to him so much that for a while I went through a phase where I thought he was my dad. Her fondness for him led to my interest in his music and acting. “My Love” is an up beat love song that makes you feel happy rather than sad and heartbroken, like most love songs out there today. This song reminds me of the experience that comes with having a crush –– the confusion and change within yourself it brings. The thrill of waiting for that person to express how they really feel about you. It’s all there, right in this song. So, if you’re looking for that rush again or maybe even motivation to tell your crush how you feel, search up this song and you won’t be let down!

This song is full of drama! It’s a scene right out of a cliche high school rom-com. One girl, in this case the songwriter Hailey Williams, steals the boyfriend of another. But it’s more than that. It expresses the feeling of proving someone wrong. Showing them that just because you’re different doesn’t mean you’re any less than them. In an interview with a random radio show, Hailey explained that the song wasn’t meant to be degrading but it was simply a page out of her diary from when she was a narrow minded 17-year-old girl. A lot of people gave intense backlash about the “anti feminist” theme, but Hailey stood her ground because she knew this song was a relatable outlet for young girls to let out their anger about the everyday struggles they faced during high school.

“Take My Breath Away” by Berlin (5 Harry Heads)

Every time I listen to this song, I slip into somewhat of a trance. It makes me want to fall in love, no matter the cost. When I listen, I think of the movie “When Harry Met Sally” because this song’s theme seems to be about everlasting love. Someone you’ve known forever, have always loved deep down, but it’s taken you years to realize. I imagine the scene where Harry rushes into Sally’s arms and they kiss on New Year’s Eve. The way they embrace each other is the feeling this song explains. It’s definitely one of a kind.

When I first heard this song, I was about 8 years old, and ever since it’s been one of my favorites. I can remember being little and blasting it on my radio imagining that Finn Hudson (a Glee cast member) was singing it to me. I chose this version specifically because it brings the song to life. In the show, “Glee,” where Finn Hudson sang it, you can see the jealousy and motivation in his eyes. The song is all about being in love with someone in a relationship and wishing you had never made the mistake of letting them go. It’s about being angry at yourself because you were a complete fool. If you’re looking for a good laugh about how stupid love and jealousy is, this is the perfect song.

“Breakfast At Tiffany’s” by Deep Blue Something (2 Harry Heads)

I absolutely love this song. It makes me so happy and energetic. It’s perfect for blasting in the car, driving with all the windows down. Most people think it’s stupid, but if you give it a listen, I think you’ll learn that it’s about how important memories are. Memories you need to hold on to when something gets in the way of your friendships/relationships. The best thing about this song is it can be serious and deep or it can be fun and jumpy. It’s perfect for every mood.

“I Like it” by Enrique Iglesias and Pitbull (3 Harry Heads)

This used to be my all time favorite song, despite its R rated purposes. I can’t say much about this song because it’s mostly just something I listen to, to uplift myself. It’s so cringey that you can’t help but transition into a good mood. So if you’re feeling a little sad, remember this song and  give it a listen.I have no doubt in my mind that it’ll put you a smile on your face.

“Meet Me in the Hallway” by Harry Styles (5 Harry Heads, obviously)

“Meet Me in the Hallway” is hands down one of the best songs Harry has ever released. He’s never talked about its true meaning, which makes it so amazing. It’s the type of song that relaxes you but makes you feel something deeper than sadness. Which is very confusing, but needed. In my opinion, it brings you closer to what type of artist he is. He seems to be singing about a drug addiction and the effects it has caused on himself and his relationships. Which gives the impression that his seemingly perfect appearance is not who he really is. It opens up my, and hopefully your, eyes that he’s a person and he goes through struggles as well. It’s so raw and personal you can’t stop listening.

When I listen to this song I never know how to feel. It’s so upbeat that it puts me in a good mood, but the lyrics are so “I love you, we could be toxic or perfect, either way I don’t care.” It has a very creepy, stalker-like vibe, but for non-stalker listeners. The beat and Beyonce’s tone change are so good, it makes it easy to forget about the lyrics.  Overall, it’s just a very good listen.

Yes, I know you’re thinking “Another Glee song, this girl is obsessed,” but this version of the song is the best version. Everybody loves Journey but the “Glee” cast takes it to a whole other level. Trust me, give it a listen, and I promise you it’ll make it onto your daily playlist.