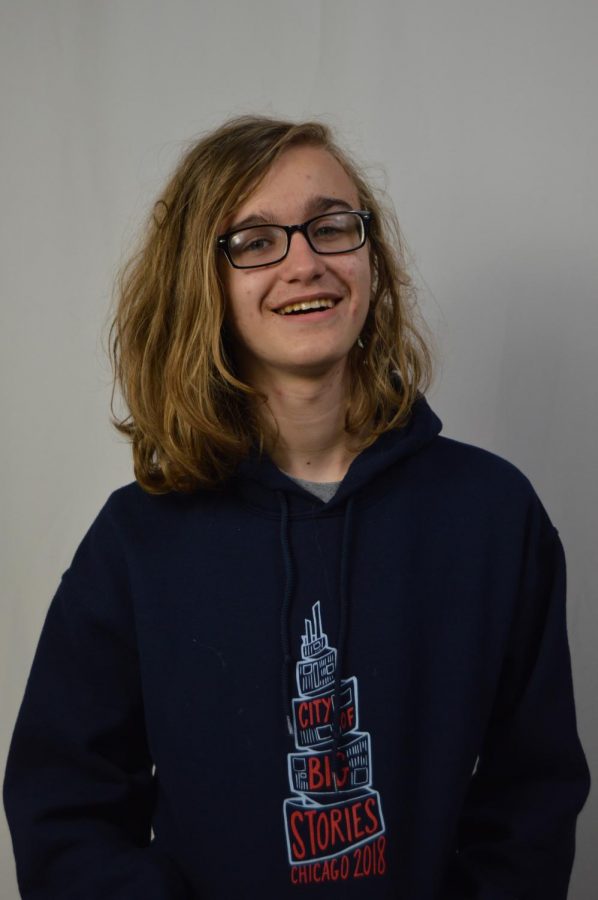 Samuel Watkins is a sophomore writer for On the Record, as well as a speech and debate fanatic. He holds a deep love for storytelling in all forms and hopes to ultimately make a positive difference—at least, right after finishing one last YouTube mini-doc.

Hey! I’m Sam Watkins, a writer for On the Record. I constantly alternate from thinking my music taste is great into thinking I have zero clue what I’m talking about, and then back again. The truth probably lies somewhere in between. When called up to share a quick little playlist on behalf of OTR, I wanted to create something true to 2020 by lifting people’s spirits a little bit while being representative of this year’s vibes. My favorite music has really strong production and vocals or lyrics that leave a heavy presence over rap, R&B, or alternative tracks — and I think the ability of this type of music to take people into a whole new chill mindset is exactly what myself and maybe some others need to escape the weird circumstances of this year from time to time.

This isn’t a ranking or anything, but this song would be a top contender for best pick on here if it was — I don’t have a storied history with either of these artists, I only added this onto my main playlist after hearing it from a friend. It was late into a lonely quarantine night when I decided to hop onto one of my out-of-state debate friend’s Spotify listening sessions and found myself absolutely blown away by this one. This song checks every box that I particularly enjoy out of music: super enchanting lead vocals and amazingly beautiful production that just builds to a fever pitch by the song’s end with a brilliant brass bridge. It’s definitely worth a listen.

On the other hand, Glass Animals is a band I’m extremely familiar with. Their 2016 album “How to Be a Human Being” is a master class on how to construct catchy alternative music with wildly different vibes, canonically sung by different ‘characters’ on each track, building intricate personality profiles throughout the album and its music videos. That album met me during its debut year and blew my tiny little middle-schooler mind with the emotions it made me feel and the dynamic instruments it employed. Their album Tangerine is featured on, “Dreamland,” released in 2020 feels very different. I don’t think it tops its predecessor for me, but there’s an entirely different appeal listening to the catchy choruses and different production tricks with altered vocal snippets and funky synth/bass work littered throughout the album. The lyrics of the band are also often joked on as overly vague and silly, but some of them really speak to me with the raw imagery they create. This is definitely one of those songs; it evokes the image of a long-lost friend whose personality has changed from how you once fell in love with them. All in all, stream this entire album –– stream both albums ––if you enjoy this ~3 and a half minutes and somehow haven’t heard of this band before. You’re in for a treat.

Wooo, this is such a nice listen. It’s a pretty new song but I’ve adored KAMAUU’s tracks for a long time. His vocals are so absolutely stunning and soulful and can just carry an entire track on their own merit. Combined with amazing harmonizing from a feature by fellow R&B artist Adeline and the super funky production backing everything, this song is a hypnotizing commentary on the double-sided nature of love, a common theme through a lot of KAMAUU’s work. If you know you enjoy R&B style stuff like this, I think you’ll enjoy this tons. As far as I know, this artist is really underrated and under-streamed.

Another take on love with a very different tone, this is a super cute and catchy rap song about a titular “crush.” I don’t have tons to say about it; it’s short and fits very comfortably on my current playlist, and it’s by one of my favorite artists. If you enjoy this I would really recommend Duckwrth’s full discography. A lot of it is tracks I probably cannot put on a school playlist, but it’s all really good stuff.

Kota is another super talented, chill rapper who dropped a very underrated album in 2020. He’s a very good lyricist and a lot of his beats remind me of cute little lo-fi songs you’d hear on study playlists, or other songs that have really crisp and positive beats. All of the songs on the album were a perfect listen for my summer, so I have very pleasant memories chilling to this during quarantine. This still holds true a little while later.

This is a super chill and star-studded track that maintains the funky vibe I’ve been trying to keep to chill myself out during the toughest times this year. The soothing vocal backing and bass lines maintain a constant groove as a perfect ensemble of Steve Arrington, Steve Lacy and super synthy vocals from Childish Gambino bring everything together. Not to sound like a broken record, but I’d recommend the entire album this track comes from. The entire thing is a beautiful listen.