A Voice Behind the New Voices Act 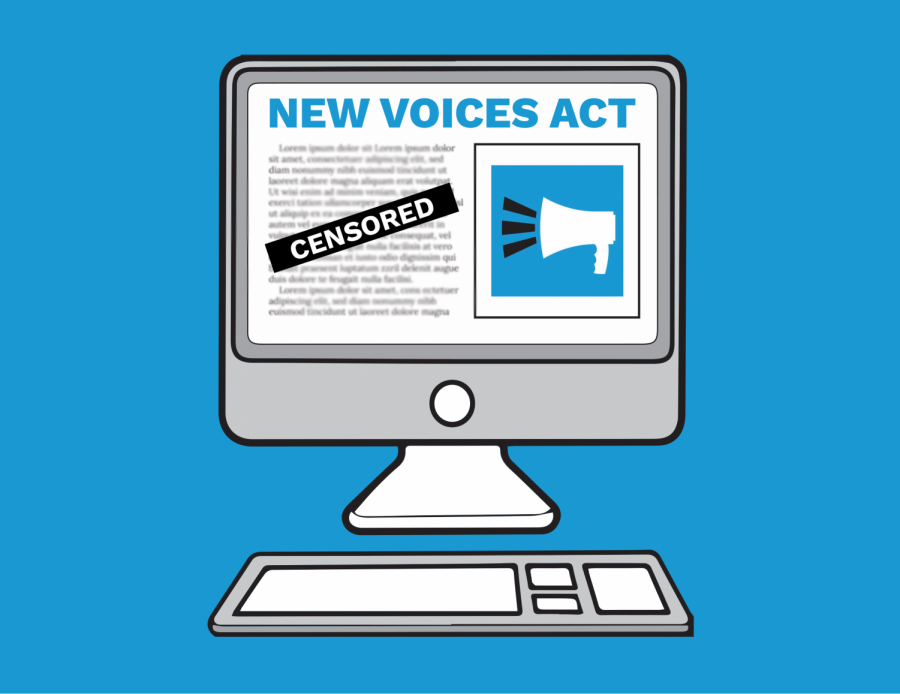 A little over a year ago, I sat in my school’s cafeteria listening to a panel discussion on a new initiative called New Voices. Led by two upperclassman friends of mine, we heard lawyers, lawmakers, and journalists from Louisville discuss the importance of First Amendment protections for student journalism. A lot of the discussion centered around the New Voices bill, a new piece of legislation strengthening First Amendment freedoms for student journalists and their advisors. Cool, I thought, not knowing how important the New Voices coalition would become in the next year. In early March, the bill was filed in the Kentucky legislature, and to some degree, I thought the bill would pass and that would be it.

Little did we know that 2020 would be quite possibly the most influential year for student journalism.

Because of the COVID-19 pandemic, school newspapers, magazines, and yearbooks all over the country were forced to drastically change the way they produced content. Instead of publishing print issues, newspapers and magazines, including On the Record, switched to all-online content. As schools shut down, newsroom collaboration moved to virtual Zoom meetings. Events were postponed indefinitely or called off completely, making it hard for student journalists to cover important meetings.

But through all of those changes and hardships came something pivotal for student journalism: more and more student publications began taking on bigger issues and expanding their coverage. Instead of just covering last night’s football game or promoting next week’s school dance, student newspapers took on topics relating to the pandemic and its impact on students. Despite having to work online, young reporters took initiative, found sources, and told the stories of quarantined youth. And when racial justice protests erupted in the summer, student journalists were right there, covering not only the protests but the rich culture and history of the Black community.

Now more than ever, student journalism is so incredibly important. So, when I had the chance to get involved with New Voices, I didn’t hesitate. Starting in July, I worked with students from Bullitt East and their adviser to get the New Voices coalition rolling again. We’ve spent the past six months planning meetings with legislators and connecting with advisers throughout Kentucky to expand the movement.

Seeing student journalism organizations tackle important, mature topics made me even more motivated to get the New Voices bill passed. I’m extremely lucky to have never been censored by my publication or school, but a lot of Kentucky students aren’t as fortunate. Covering hard issues has taught me so much about current events, my community, and how to produce effective journalism. More than anything, I want student journalists all around the state to be able to have those opportunities, too. Student journalism is real journalism — we’re out there doing real journalistic work, and we deserve to be protected as such under the First Amendment. There’s no reason we shouldn’t be able to cover racial justice, climate change, or gun control, because those things impact us as much as they impact adults. That’s why the New Voices bill is so important.

After endless Zoom calls to students around the state, countless emails to state legislators, and hours spent perfecting our bill, the New Voices bill was filed in January for the second year in a row. While it may not get passed this year due to a multitude of reasons, I couldn’t be more proud of the progress we’ve made: not just on the bill, but for student journalism in Kentucky as a whole. Passing the bill is important, but raising awareness for student journalists and amplifying our voice has been the goal since the beginning. By coming back even stronger this year, we’re showing Kentucky’s legislators that student journalists are not backing down. We’re here to stay.

I wish the New Voices bill would pass this legislative season and I wish student journalists were given the same protections as our professional counterparts, but building support for a movement takes work. A lot of it, too. When I enthusiastically jumped on board this summer, I probably underestimated just how much work it would take. But it’s worth it. Student journalism is worth it. And when the day comes when student journalists in Kentucky don’t have to face censorship from their schools, the work will have been worth it.