On the Record • December 20, 2021 • https://ontherecordmag.com/4762/features/culture/unconventionally-asian/ 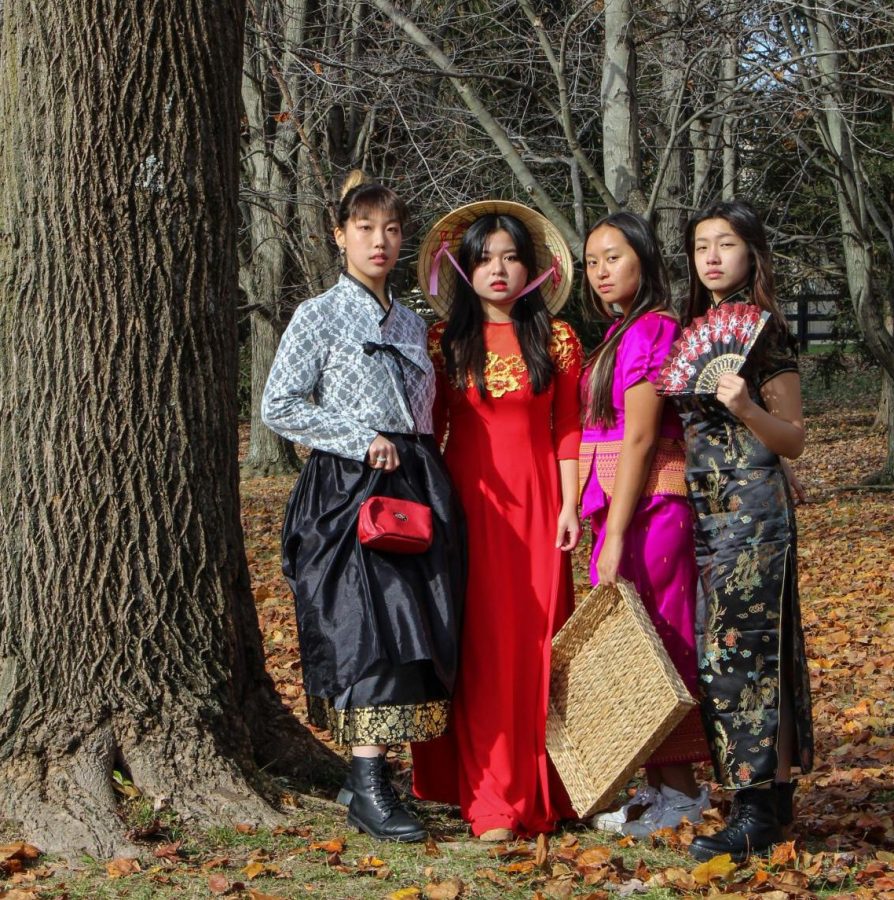 “In America, I feel like I can’t embrace my features because both sides— Asians and Asian Americans— want big eyes, slim noses, small faces, and double eyelids, but I just don’t fit into any of those… I despised looking in the mirror growing up. I tried to change my eye shape and make them bigger. I would try to make another fold in my eyelid. I tried to make my nose smaller, and my head slimmer.”

When discussing K-Pop music and the genre’s place on the world stage, Mimi lit up with excitement.

“Finally representation! Because of the fact that in the media, most of the Asians were always portrayed as nerdy — the “fresh off the boat” kind of thing — and these people were dancing and breaking records, I just thought it was so cool. I feel like that’s the point in my life where I finally did not want to fit into the white stereotype and I didn’t want to “be white” anymore, I was glad I’m Asian.”

“ស្បែករបស់អ្នកងងឹតណាស់។” (Your skin is so dark.)

“There are people who have come up to me in America and have been like, ‘Oh my God, you’re so tan. It’s so wonderful. I wish I was like you.’ Well, in Asia, the beauty standard is to be pale, so I’ve said, ‘No, I wish I was like you, because your skin is so good and ideal and nice. It’s fair. It’s not splotchy like mine.’”

“코끼리 다리” (You have elephant thighs.)

“As I was younger, I was told that I was beautiful. But then growing up to be on the bigger side, it felt really weird because all the Asians around me were always skinny, and somehow that translated to me that that’s how all Asians are supposed to be. ‘They’re always skinny, they’re thin, they’re good at math. Am I not Asian? I’m supposed to be Asian. Why am I not fitting into this mold?’”

“In the end, just embrace who you are. Look at yourself for that ethnicity and don’t resent yourself and feel like it’s a burden to you.”

To answer the question, I am a Vietnamese girl born in Louisville, Kentucky. I am a proud Vietnamese-American. White people tend to push these unrealistic standards on Asians— not from ill intent, but simply because they are uneducated. Neither side of me makes me less of the other, and just because I don’t fit into these unrealistic standards, doesn’t mean I’m neither Asian nor American. Not all Asians will look the same, and not all Asians will struggle with the same issues. From East and Southeast Asians to Central and Western Asians, we all have our own individualistic beauty that makes us who we are. We are unconventionally Asian.